For the second two-month trial period of ALMAG-02 device, 8 heads of sports horses with the following pathologies were subjected to PEMF treatment:

It should be noted right away that during PEMF sessions on the horse’s limbs, we experienced difficulty when placing and fixing the transmitting emitters.  Fastening straps were not the best solution since there was a risk of emitters sliding at the horse movement which could cause animal’s fright and damage to the device. Therefore, when treating the limbs, we held the emitters manually.

As in the first reporting period, all PEMF procedures were carried out in the evening. After consulting with foreign colleagues, we decided to include a vibratory massager into the treatment for the horses with myalgia of various muscle groups as well as for the rehabilitation of animals after heavy physical exertion without visible pathologies.

We used Magofon device that combines the function of vibro-acoustic and low-frequency magnetic field which is very effective in treating the diseases of the joints and musculoskeletal system in general. The effect on that can be traced at the tissue level. Vibro-acoustic emission relieves pain in rheumatism and possesses anti-inflammatory properties. In addition, it aids in wound healing as well as expedites a processes of peripheral nerve regeneration and rejuvenation of the bone, connective tissue and mucous membrane. 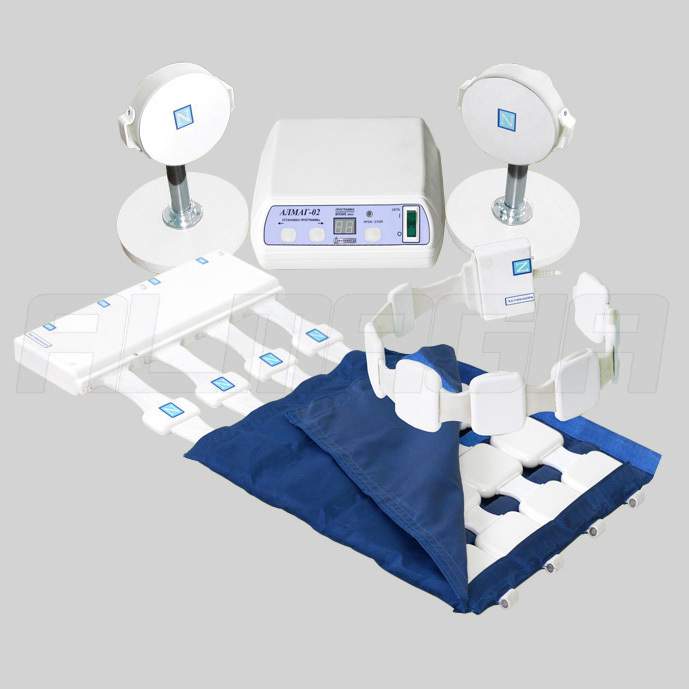 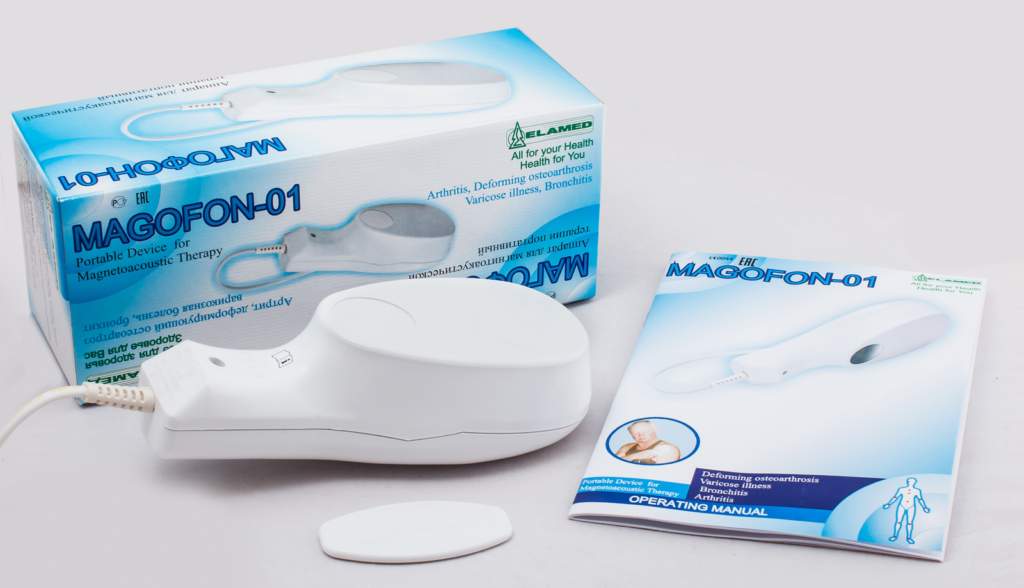 Pic 1. Both ALMAG-02 and Magofon were used simultaneously to treat joints and musculoskeletal disorders

The perfect combination of PEMF and vibro-acoustic therapy synergistically increased treatment efficiency and contributed to:

The treatment of myalgia in a group of 5 horses, was the combination of Magofon and ALMAG-2 program No. 73. This allowed to complete the duration of treatment in half-time while a visible effect was observed after 7-10 sessions.

Just like in the first reporting period, the horses did not receive any additional methods of supportive and therapeutic treatment during PEMF application such as rubbing irritating liniment, warming up or usage of anti-inflammatory injections. The horses were in good physical shape while continued to carry the training as well as heavy competition loads.

The treatment of a horse diagnosed with acute myositis of the brachiocephalic muscle on the left side, consisted of 2 programs of ALMAG-2 device that were used alternately:

In addition, a three-time session of autohemotherapy (Autologous Blood Therapy) was provided in conjunction with PEMF in the first decade of treatment. Before the treatment, the horse was limping when trotting. After a week of step work, the animal returned to the usual training loads while a slight lameness persisted only in the first 200 meters of trotting. Three weeks after the beginning of treatment, the horse returned to the normal physical activity and after 1.5 months she resumed in competition performance. Moreover, upon the treatment completion, there was no reoccurrence of the disease even upon significant physical exertion. This was a big step up from the treatment effectiveness of such pathology with traditional methods.

A case study was performed on a 20 year-old horse of a hobby class that suffered from osteoarthritis of the hoof and coronary joints of the right pelvic limb for several years.  The damage was considered as irreversible changes in the joints and were clearly visible on x-ray photographs. The diagnosed horse was treated with program No. 38 of the ALMAG-02 device. The course of PEMF treatments totaled to 20 sessions. Prior to PEMF sessions, lameness in horse manifested itself periodically. However, at a movement there was always a shortening of the step of the damaged limb, some stiffness in the work of the diagonal. During the application of PEMF (after the 5th session), the horse behaved much more actively and significantly relaxed at work. The amplitude of movement of the limbs changed. The positive effect in the horse’s condition persisted for 5 days after the completion of the PEMF treatment course. 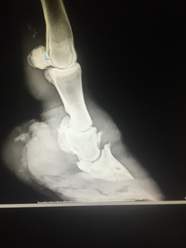 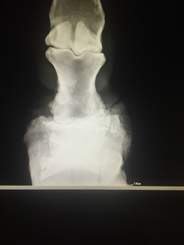 After a 40-day break, the PEMF treatment was resumed on the horse with a fracture of the putty bone. Program No. 32 was also used twice in each session. The course lasted for 15 days. Radiographic images showed the dynamics of fracture healing and smoothing of the resulting callus.

Upon a first PEMF course completion, the horse was recommended to perform step training for 15-20 minutes. Upon completion of the second course, the animal returned to light trot work. Even after physical exertion the horse didn’t experience any pain, swelling nor a temperature increase in the area of ​​injury.

Based on a two-month use of the Almag-02 device, we continue to note the positive therapeutic effect in sports horses, as well as in the process of rehabilitation of horses after significant physical exertion. The simultaneous use of the vibro-acoustic with the ALMAG-02 device allowed to increase the effectiveness, which is manifested in obtaining visible results with a smaller number of sessions. During the simultaneous use of both devices, cases of animal discomfort and anxiety were also not observed. It should be noted that animals exposed to PEMF in the first reporting period, no relapse was observed.