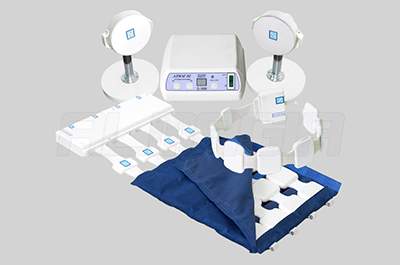 In a 4-week double-blind, placebo-controlled study impulse magnetic-field therapy was tested for insomnia. One hundred patients were randomly assigned to either active treatment or placebo. They fell into one of three groups: (1) trouble falling asleep (sleep latency); (2) interrupted sleep; or (3) nightmares. The researchers looked at sleep latency, frequency of interruptions, sleepiness after rising, daytime sleepiness, difficulty with concentration, and daytime headaches. Those with active treatments had In the active-treatment group, the values of all criteria were significantly improved results. As is often seen with this kind of research, the placebo group also had significant symptomatic improvement. But, the differences between the 2 groups hugely favored the active treatment group. 70% of the people given active treatment experienced substantial or even complete relief of their complaints; 24% had clear improvement; 6% slight improvement. In the placebo group, only one patient had very clear relief; 49% slight or clear improvement; and 49% saw no change. No one had any adverse effects. The PEMF therapy helped about 90% of the individuals, versus only about 50% of the placebo group seeing benefit. This study was useful in showing that most basic types of sleep problems can be substantially helped with the use of PEMF therapies. (Pelka) During much of the time of sleep, brain neurons undergo near-synchronous slow oscillations in brain cell membrane electrical activity. This is like synchronized swimming. These slow oscillations are obvious in the normal EEG. This was studied in sleeping individuals. Each high intensity Transcranial Magnetic Stimulation (TMS) pulse at <1 Hz causes an individual, high intensity EEG slow wave that originates under the coil and spreads over the cortex of the brain. These evoked slow waves lead to a deepening of sleep and to a more widespread increase in EEG deep or slow-wave activity (0.5-4.5 Hz). This slow-wave activity is believed to play a role in brain restoration and memory consolidation. (Massimini) So, these studies are important for us to confirm that PEMFs do affect brainwave frequency patterns, and that these results are not just by chance alone or a placebo or expectancy response. It’s possible that even very low intensity PEMFs can enhance the effects of sleep medications and psychotropic drugs. This may result in a hangover-like effect in the morning. If this should be happening, then the dosing of the medications may be able to be decreased, under appropriate supervision. (Shtemberg) Use of PEMFs in Other Situations that Affect Sleep Sleep disturbance in trauma patients is very common, whether inpatient or outpatient. Effects of alternating magnetic fields (AMF) on wound healing and secondary pain symptoms were studied in inpatient lower extremity trauma hospital patients. The patients were divided into several groups: group 1 received no AMF treatment (control), group 2 was treated with AMF, and group 3 received placebo AMF exposure. The AMF was 35 mT, sinusoidal 50 Hz. PEMF therapy was for 15 days with 30-45 min of exposure daily, applied over bandages. The majority of patients treated with AMF felt better after the first 3-5 procedures. Their sleep and appetite noticeably improved, pains and general weakness decreased. Swelling and inflammation in the injured extremity were not as severe as in the control and sham-exposed groups. On average, the use of magnetotherapy shortened the hospital stay of AMF treated patients by 8 days. By helping the body heal from the trauma and postoperatively, sleep improved. Similar PEMFs can be expected to help with trauma-related sleep disorders as well. (Demetskii) Lower intensity transcranial magnetotherapy (TMT) was used in 32 patients with alcoholism who had other complementary therapies and a control group was treated with a placebo procedure. TMT consisted of 10 daily procedures for 10-20 min. TMT was followed by improvements in wellbeing, mood, and sleep, increases in physical exercise tolerance and decreases in alcohol craving in 75% of patients in the study group and 30% in the control group. (Staroverov) 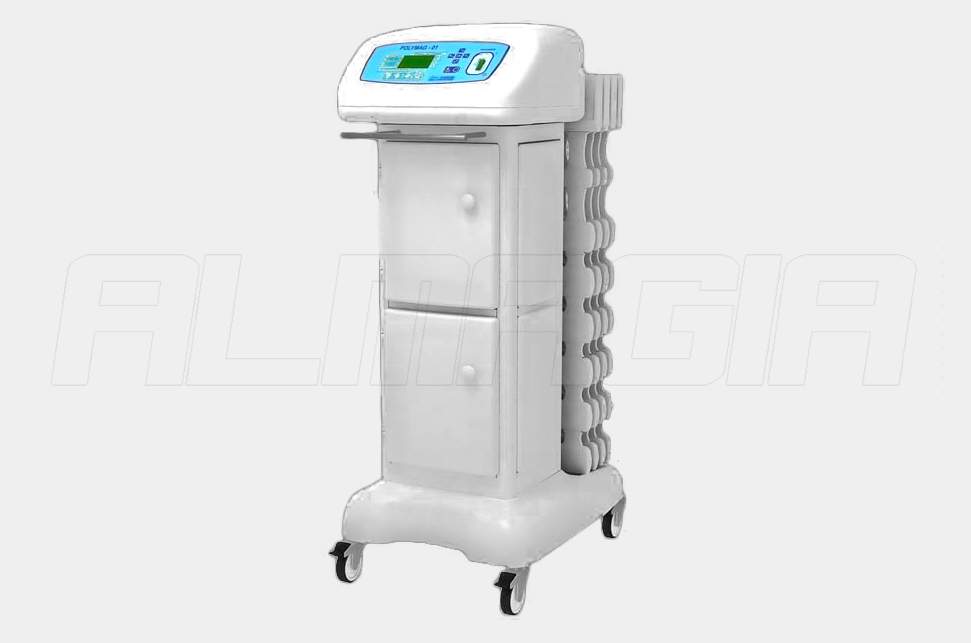