Effectives Treatment Evaluation of Gonarthrosis with “Traveling” Magnetic Field of the Device “ALMAG-02”.

Effectives Treatment Evaluation  of Gonarthrosis with “Traveling” Magnetic Field of the Device “ALMAG-02”.

Osteoarthritis (arthritis) is a disease of joints characterized by degeneration and destruction of articular cartilage and causing proliferation of bone tissue, osteophytes formation, joints deformation and development of secondary synovitis.

People of second half life, more often women are especially prone to the disease.

It is believed that up to 20% of most countries population are susceptible to osteoarthritis. As the most often and  heavily the most loaded joints of the lower extremities (hip, knee and ankle joints) are affected, the life quality of this patients category is greatly reduced.

Chronic disease period leads to serious difficulties of treatment as the most commonly used in the treatment nonsteroidal anti-inflammatory drugs have numerous and sometimes menacing side effects, especially considering the fact that patient’s majority belongs to older age group and they are burdened with polymorbidity. Searching and application of treatment with physical methods, which have no undesirable side effects in comparison to drugs, have enduring relevance. One of such methods is “traveling” low-frequency magnetic field generated by the magnetotherapy device of the third generation “Almag-02”. It has the following effects determining the relevance of its application in this pathology:

4. normalizes the metabolism of chondrocytes and corrigiruet immune disorders (there is an autoimmune component to the components of cartilage damaging in the development of osteoarthritis).

A significant advantage of this method in comparison to other physical methods is the possibility of application with synovitis and it is well tolerated by patients.

The purpose of clinical observation in the period from November, 2010 to December, 2011 was to evaluate the effectiveness of the low-frequency magnetic field generated with the device “ALMAG-02” application for patients suffering from  gonarthrosis (RC No. FRS 2009/04790 of April 22, 2009.) A model for the study was a randomized group of 36 patients suffering from knee osteoarthritis of moderate deterioration stage to I-II degree functional failure of joints. Patients were treated at hospital or at ambulatory conditions with treatment period of 14 days.

The patients were divided into two groups:

the second — magnetotherapy of the device “ALMAG-02”, massage and medical gymnastics.

–       knee joint motorfunction limitation, it was determined using the fleximeter UGM-3 or KAWE and was assessed according to stiffness scale of WOMAC subscore;

–       disease activity  according to the LIKERT scale;

–       joint functional mobility by time measuring  of patient overcoming the distance of 15 m;

–        limb support ability by difference between the feet pressure  on the weigher;

–       rehabilitation potential and its dynamics according to a brief set of codes of the ICF (International classification of functioning, disability and health)for osteoarthritis.

The data dynamic of the ICF categories: 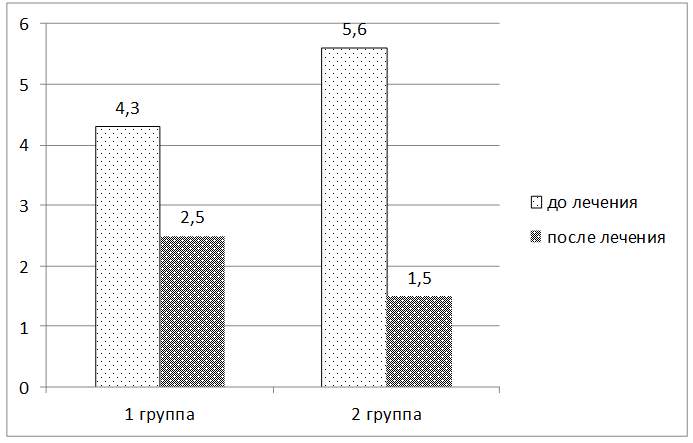 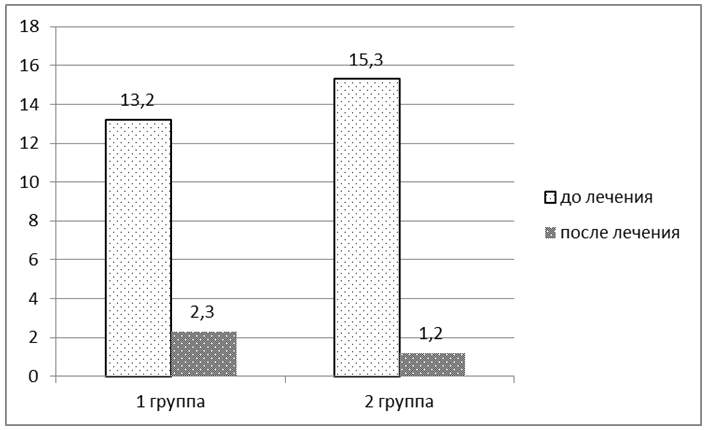 Reduction level of joint mobility according to WOMAC stiffness subscore 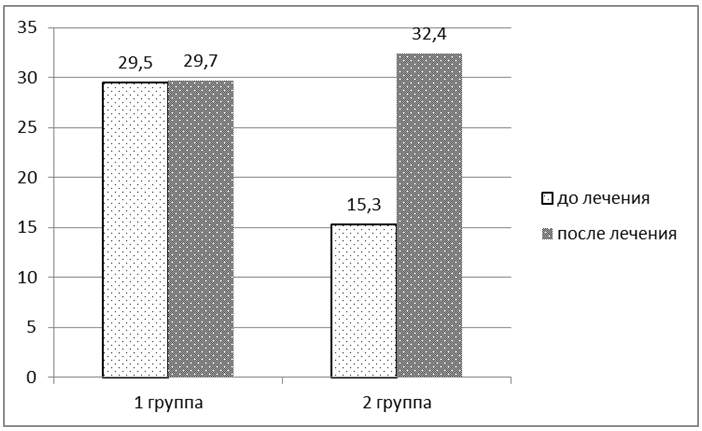 Passive and active flexion Angles of the knee joint 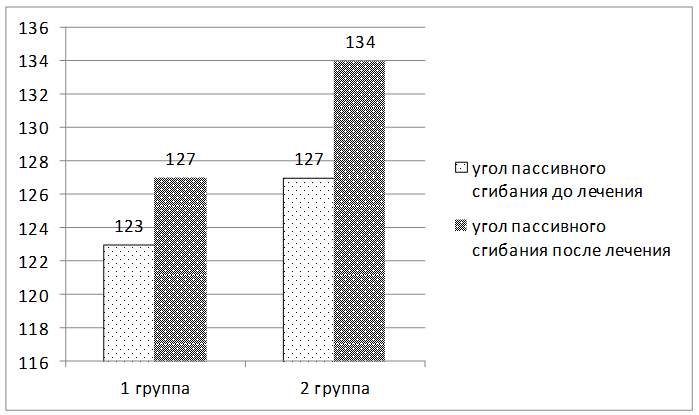 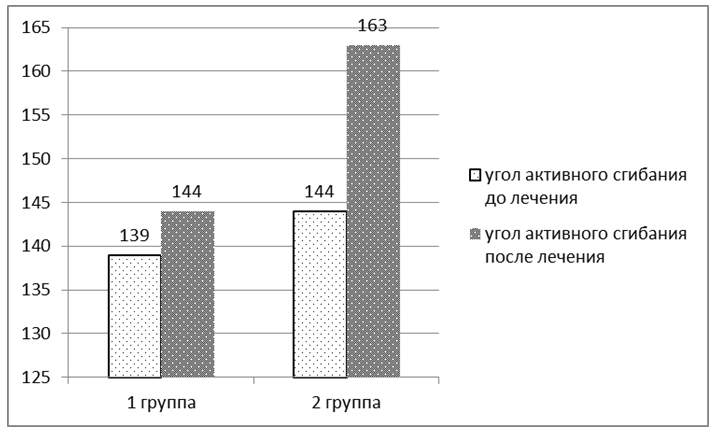 Velocity of blood flow in the periarticular tissues 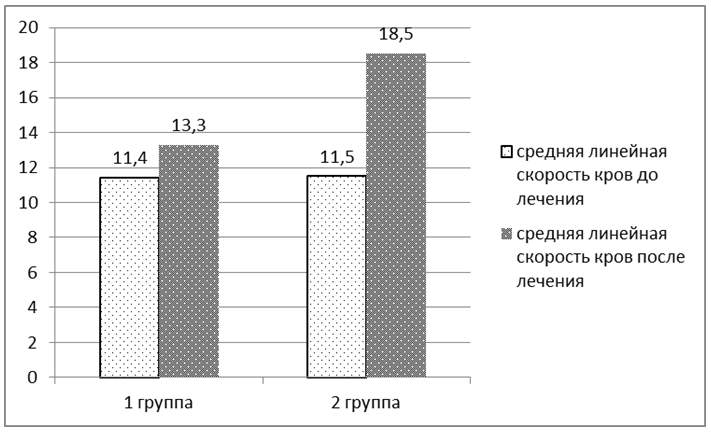 Local temperature round the knee joint in groups 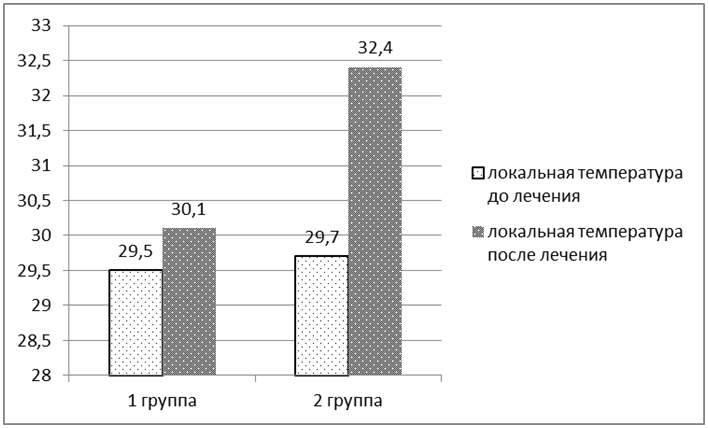 Objective assessment of the magnetotherapy effectiveness of knee osteoarthritis showed that patients of both groups noted improvement in health condition after treatment. The results of the dynamics analysis of life quality indicators of patients showed that rates of physical health and functional status are significantly increased, pain levels are decreased and indicators of emotional and mental health are increased. It is noted that the patients treated with magnetotherapy have all indicators improving values higher than in the first group, a particularly striking increase of local temperature and flow velocity round knee joint proves significant influence of magnetic field on the blood level of blood circulation and microvascular. Magnetotherapy is well tolerated even for patients with significant concomitant diseases and may be used of gonarthrosis treatment combined with other treatment methods or independently.

Head of the Physiotherapy Department