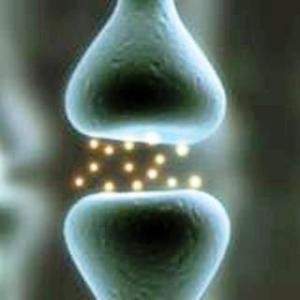 The cumulative scientific material testifies that pemf in a basis of a medical effect of magnetic fields is their ability both to control the flow of the charged particles and to make action on the magnetized bodies irrespective of a condition of their flow. As a result you can have a positive effect upon natural biological process resulting in intensi1~’ing of intracellular and intercellular metabolism. Thus magnetic field therapy is undeniably promotes the body’s own restorative function in the healing process by direct stimulation – without surgical intervention, without drugs, without side effect. Medical effect of magnetic field as compared both with static and alternating magnetic fields is mostly expressed in travelling pulsed magnetic field of ALMAG device. The travelling pulsed magnetic field of ALMAG, with the frequency of impulses coinciding with those of the biological active frequency of the person organism (from 4 to 16 Hz) is able to achieve the best therapeutic effect as compared to that of constant and variable magnetic field.

The unique design of ALMAG induction coils allows travelling impulsive magnetic field to penetrate deep into tissues of the patient to 8 cm, that is successfully applied for the treatment of diseases of the internal organs. The influence of pemf strictly rhythmical travelling impulsive magnetic field produced by the device on the diseased organs of the human body makes a positive effect on your body finally stimulating dysfunction recovery.

Besides, under the influence of a magnetic field in a place of the device positioning there is the improvement of blood flow and oxygen supply leading to the reduction both of blood viscosity and accordingly the risk of formation of thromboses. The vessels lumen is enlarged, additional capillaries are opened and their permeability is improved. All this result in increase of blood supply in the affected area; cells oxygenation, immunoglobulin’s, building proteins provision; increase of capillary blood flow, improve of capillary tone and contractility as well as moving of inflammation products out. The activation of metabolism prevents the disease worsen progressively grow, increases the process of regeneration and metabolic activity, recovery and of the diseased cells. The application of low-frequency travelling pulsed magnetic fields to treat patients with different pathologies has a number of beneficial effects on your body:

– Stimulation the processes of nervous inhibition responsible for a sedative effect followed by emotional stress relief and sleep normalization;

– Systolic and diastolic pressure decrease down to normal values;

– Analgesic effect due to sensitivity reduction of peripheral nervous receptors;

– Training response and activity improvement of all endocrine systems;

– Increase of vascular and epithelial permeability which leads to accelerated resolution of edema and introduced medicinal agents;

– Metabolism improvement followed by attenuation of pathologic processes in the liver, heart and other organs;

A low frequency travelling pulsed magnetic field due to the above curative effects has analgetic, anti-inflammatory and anti-edematous action and stimulates metabolic process. Immunocompetent organs (thymus gland, spleen lymph nodes, etc.) are especially sensitive to influence of low-frequency travelling pulsed magnetic field, increase of the number of leucocytes in the blood during the course treatment is the evidence of it. During the course of any disease treatment pulsed magnetic field makes influence on biologically active points all over the human body as a result the origination of reflex phenomena of muscles and inner organs connected to them. Course treatment with the help of ALMAG-01 due to the above curative effects results in smooth increase of the level of adaptation (the ability of human organism to withstand undesirable action of outdoor environment as well as its ability to self-healing) that in its turn is very actual for the treatment both acute and chronic diseases.